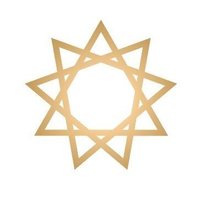 Theresa Veronica Lohse (May 15, 1940 – January 17, 2021)It is with great sadness that the Baha’i community of St. Marys announces the sudden passing of Terry Lohse on January 17th, 2021 at her home. She is survived by her brother David McEwan (Margo) of Ottawa, sister-in-law Edith Asbil of Greenfield Park, Que. and many nieces, nephews and cousins. She is predeceased by her parents and former husband. Terry was born and raised in Montreal and has been a part of the St. Marys community for over 10 years.As an educator, teacher and guidance counselor, she taught in various schools in the Montreal area, at Chisasibi, northern Quebec, and at Maxwell International Baha’I School, Vancouver Island. In St. Marys, she had volunteered at Holy Name of Mary School, tutored privately and was active in the local Grandmothers for Africa group, the Elder’s group and Cadzow Park Community initiative.Anyone who met Terry, however briefly, would know of her generosity in sharing her time and resources to all who crossed her path. You would know of her loyalty to her friends, family and beloved Faith. You would know of her thoughtfulness in seeing to the needs of others before her own. You would know of her love of beauty and the graciousness of her hospitality and you would know of her excellence of character.She was fundamentally a good and generous person, had a genuine teacher’s mind and led a deep spiritual life.Terry reached out and touched many hearts through her words, actions and deeds, thus helping others to lead happier lives. She was a friend and companion and lived her life in response to her beliefs and values.