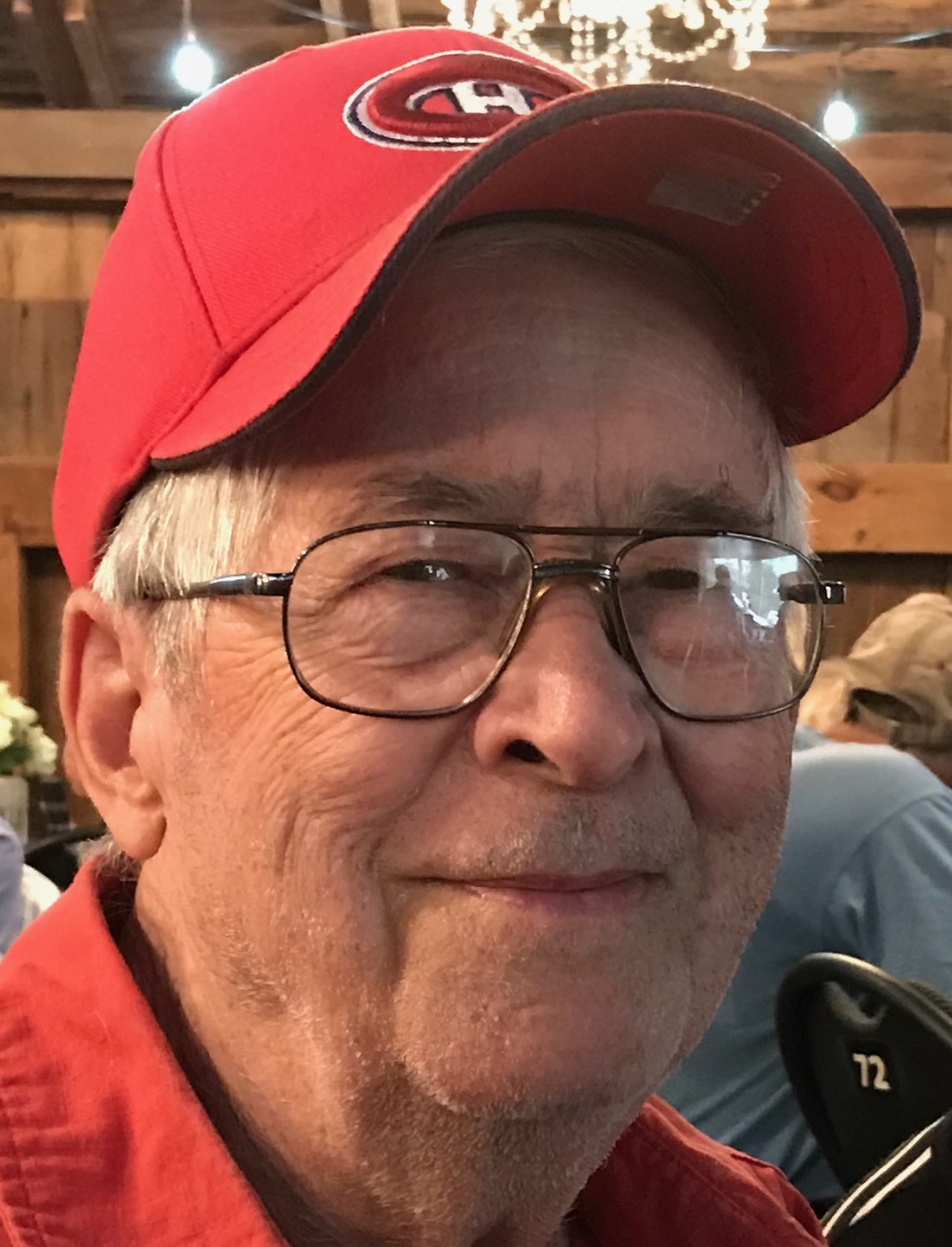 It is with great sadness that Jack’s family announces his passing on Tuesday, November 23, 2021, at the age of 85. Loving husband of Nancy Pratt for 60 years.

Jack is the proud father of Deborah Pratt-Weersink(Gerald), John (Jane), Lisa DeBrabandere(Paul) and Michael (Michelle) and Papa to 13 grandchildren and 4 great grandchildren.

The Pratt family greatly appreciates your sympathy and condolences.

There will be no visitation and the funeral will remain private for the family. In lieu of flowers we ask you to consider a donation to The Heart and Stroke foundation in his memory.

Born in Orillia, Ontario, Jack was the youngest son of Violet Pratt (Hickey) and John Leonard Pratt. Jack is predeceased by his two sisters Jane Wren and Patricia Stafford. He is remembered by many nieces and nephews.

Jack was always quick to tell you the best decision he ever made was to marry the love of his life Nancy Somers. After their first date to Bala, he was smitten. They married in 1961.

Jack began his career as a highschool English teacher in London Ontario where he and Nancy worked and raised a family of four children. In 1967, he and Nancy invested in a small cabin north of Parry Sound on Harris Lake. The cottage has since become a gathering place for the Pratt family and close friends with many fond memories spent on the lake.

A lifelong dream of Jacks was to own a farm and all that came with it. In 1977 he moved the family to RR#1 Granton and fell in love with country living.

Never a man to let a moment pass without a quick comment or his opinion on a matter, Jack also loved deeply and no matter where he went, whether it be a community event, his favourite weekly jaunts like St. Jacob’s market or the cattle auctions, or to destinations around the world on his many travels with Nancy, he made friends and was always memorable to those he crossed paths with.

Jack loved literature. A dedicated English teacher for 30 plus years, upon retirement his love for the written word continued. He enjoyed nothing more than sitting down with a cold beer, and delving into a book. His home and cottage are testament to this, with an office and shelves full of novels, each one with handwritten notes in the margins, surrounded by pictures of Nancy and all his children and grandchildren.

An ardent Montreal Canadiens fan, Jack didn’t miss a game. Always in a well-worn team sweater or ball cap, Jack could share anything and everything about the team and its players over the years. If you consider yourself a fan of any other hockey team in the league, he had something to say about it.

He will be missed by his loving wife Nancy, his children and grandchildren and friends and neighbours, who admired his sharp wit and unique and personalized ways of showing affection.

Click here to view a video of the Funeral Mass for Jack.

Share Your Memory of
John
Upload Your Memory View All Memories
Be the first to upload a memory!
Share A Memory