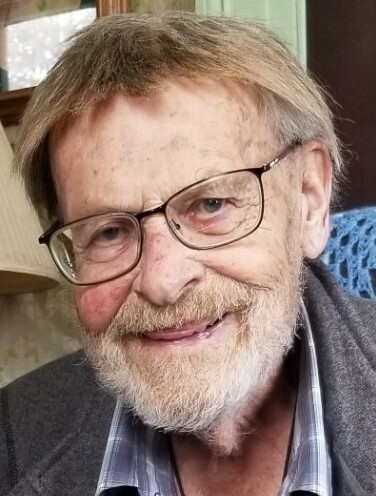 11:00 am
St. Marys United Church
85 Church St. South
St. Marys, Ontario, Canada
Masks to be worn in the church. Light lunch will follow in the hall.

A celebration of life at a later date

Bill was the son of the late Erskine & Elsie Evans. He is survived by his sister Marjorie Habermehl and her children Stephen (Nancy), Dawn Rumble (Jim), Lee Pickel (Bill), Peter, and Susan Habermehl-Chin (Anis).  He was a beloved great uncle to 13 nieces and nephews and many great greats.  He was predeceased by his older brother Robert (2010), sister-in-law Wilma (2015) and nephew-in-law Howard (2012).

Bill was a very quiet, private man with a core of steel.  He enjoyed the opera, symphony and ballet and was very generous to many charities.  His greatest generosity was directed towards his family.  Every Sunday he would prepare and host a family dinner for as many as could attend.  His quiet intelligent spirit will be missed by all who knew him.

There will be a Memorial Service at the ST. MARYS UNITED CHURCH on  April 18th at 11 am. Masks are to be worn by everyone in attendance.  Light lunch will follow in the hall.

Click here to view a video of the Memorial Service

A memorial donation to the charity of your choice would honour his life of giving.

Share Your Memory of
William
Upload Your Memory View All Memories
Be the first to upload a memory!
Share A Memory