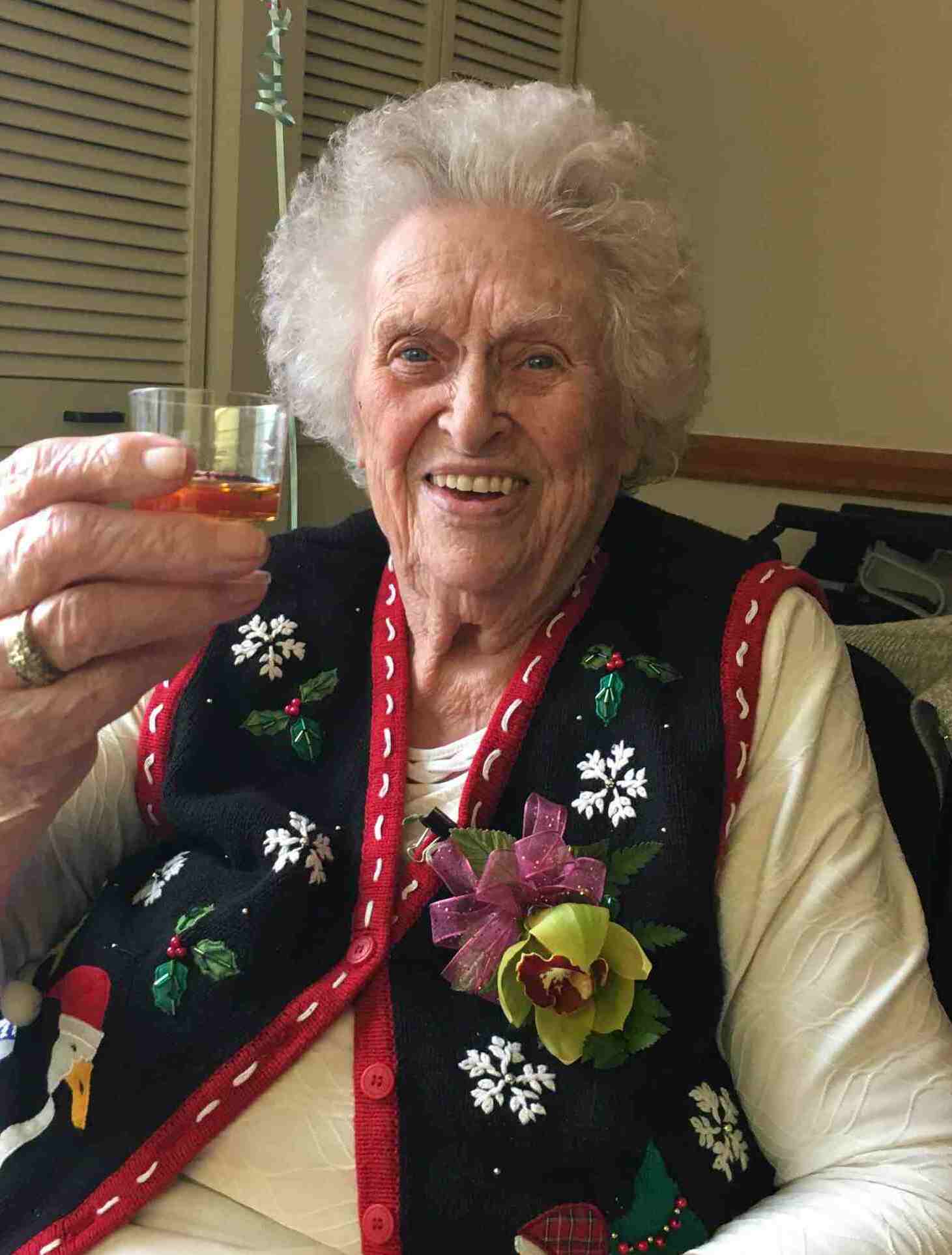 A celebration of life will be planned for this summer.

Tina Usher - born Martina (Tini) Burger in Wijk aan Zee, Netherlands on December 24, 1923 - left us in her 99th year, in St. Marys Ontario. Hers was a remarkable life, spanning two continents and filled with compassion, family, love, laughter, and just a bit of sass.

She spent 51 years with her best friend and husband Karel Brandenburg, whom she met in the Netherlands during the Second World War. She was just 16 when the Netherlands was invaded, and while she did not talk about the challenges, she faced many. Tina and Karel left the Netherlands in the mid-1950s with their children - Carla, Martina (Tina), and Laura - to settle in southwestern Ontario. Her son Carl was born shortly after they arrived in Canada.

Eventually, after scrimping and saving, Tina and Karel bought a dairy farm, worked hard, made many friends, and put down roots. A nurse by training, Tina was often called to neighbouring farms to help in medical emergencies, being far closer than the local doctor, and likely in possession of a far greater sense of humour.

Over time, she and Karel helped their children raise families of their own. A great sorrow of her life was the passing of Karel from ALS in 1998. The choice of poem at his service was “Miss Me, But Let Me Go”.

Heeding his advice, she did get married again, to Tony Usher, in 2002. They spent 10 happy years together, until he passed in 2012. Sadly, this was followed by the deaths of two of her daughters, Laura Coughlin (Al), who died in 2014, and Tina Jarzebiak in 2016. It was a heartbreaking period for her, yet one that she survived, all the while crocheting, quilting, and knitting, despite worsening arthritis.

In addition to many relatives in the old country, she is survived in Canada by two beloved children, Carla Davis and Carl Brandenburg, as well as Carl’s wife Linda, whom Tina very much considered a daughter. She leaves behind 18 grandchildren and 15 great grandchildren, as well as many dear friends.

Tina’s legacy is large and warm. Her family have been left with memories, stories, and many pieces of arts and crafts that were made for them with the utmost of love. Most of all, they cherish the example of a tremendously strong (and often headstrong) woman who was selfless, caring and compassionate. Her memory will be a blessing.

The family is grateful for the care of the staff of Kingsway Lodge in St. Marys Ontario. A celebration of life will be planned for this summer.

Share Your Memory of
Tina
Upload Your Memory View All Memories
Be the first to upload a memory!
Share A Memory