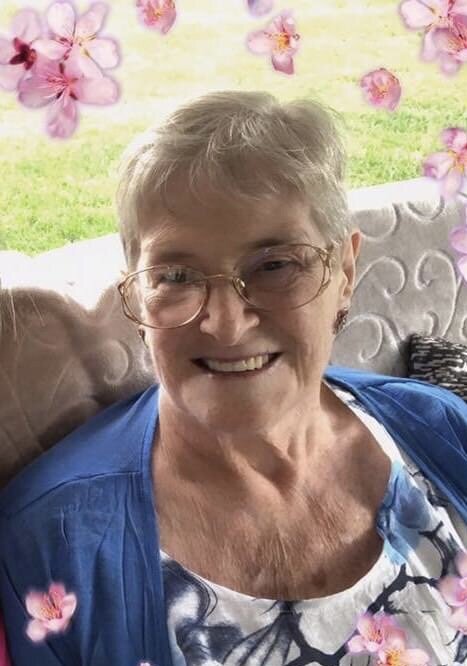 A Memorial Service will be held virtually on June 18th, 2022 and internment at a later date. For anyone wanting to join the Zoom Funeral Service, please contact the family through GlaabFamilyJune18@gmail.com

Robin is survived by her husband James Glaab, daughter Janette (David) Dotzert of Stratford, grandsons Brayden Wildgust of Montreal, PQ, Cody (Heather Brown) Wildgust and great-grandson Addison Wildgust of Coquitlam, BC, great-grandson Ayden Wildgust-McKay of Calgary, AB, step-grandson Scott (Stacey) Wildgust and great-granddaughters Avery and Sienna Wildgust of Wartburg, ON. Robin is also survived by her sisters Leah (Bob) Maxton, Wendy (Cecil) Egeberg all of Thunder Bay, ON and Sally (Hugh) Hoggarth of Tavistock, ON. Also, sister-in-law Leslie Rowe of Thunder Bay, ON, brother-in-law Vincent Glaab of Stratford, ON and many cousins, nieces and nephews.

Robin was a long term resident of St. Marys, ON from 1969 -2020 when she then became a resident of Henley Place LTC. She loved the town and often said that it reminded her of her home town of Port Arthur/Fort William, ON and the Thunder Bay area.

Robin was employed by St. Marys Memorial Hospital as a Registered Practical Nurse from 1966-1995 when she took early retirement due to complications from the onset of Multiple Sclerosis. Robin was a very avid proponent of, not only the Town of St. Marys, but also the hospital where she loved caring for her patients. After her retirement, she spent some time there as a volunteer until her MS limited her. Robin became a dedicated member of the Stratford South Congregation of Jehovah’s Witnesses and was baptized in 2010. She firmly believed in the Bible’s promise of a resurrection and a better future. Robin’s infectious smile not only lit up a room but brightened the lives of so many people.

Robin’s family would like to extend thanks to the doctors, nurses and all staff of Henley Place LTC for the excellent care and kind consideration given to her during her stay there. Also, a special thanks to Dr. Tanya Thornton, our family physician, for the exceptional care given to Robin.

A Memorial Service will be held virtually on June 18th, 2022 and internment at a later date. For anyone wanting to join the Zoom Funeral Service, please contact the family through GlaabFamilyJune18@gmail.com

In lieu of flowers, donations would be greatly appreciated to any of the following:

Share Your Memory of
Robin
Upload Your Memory View All Memories
Be the first to upload a memory!
Share A Memory