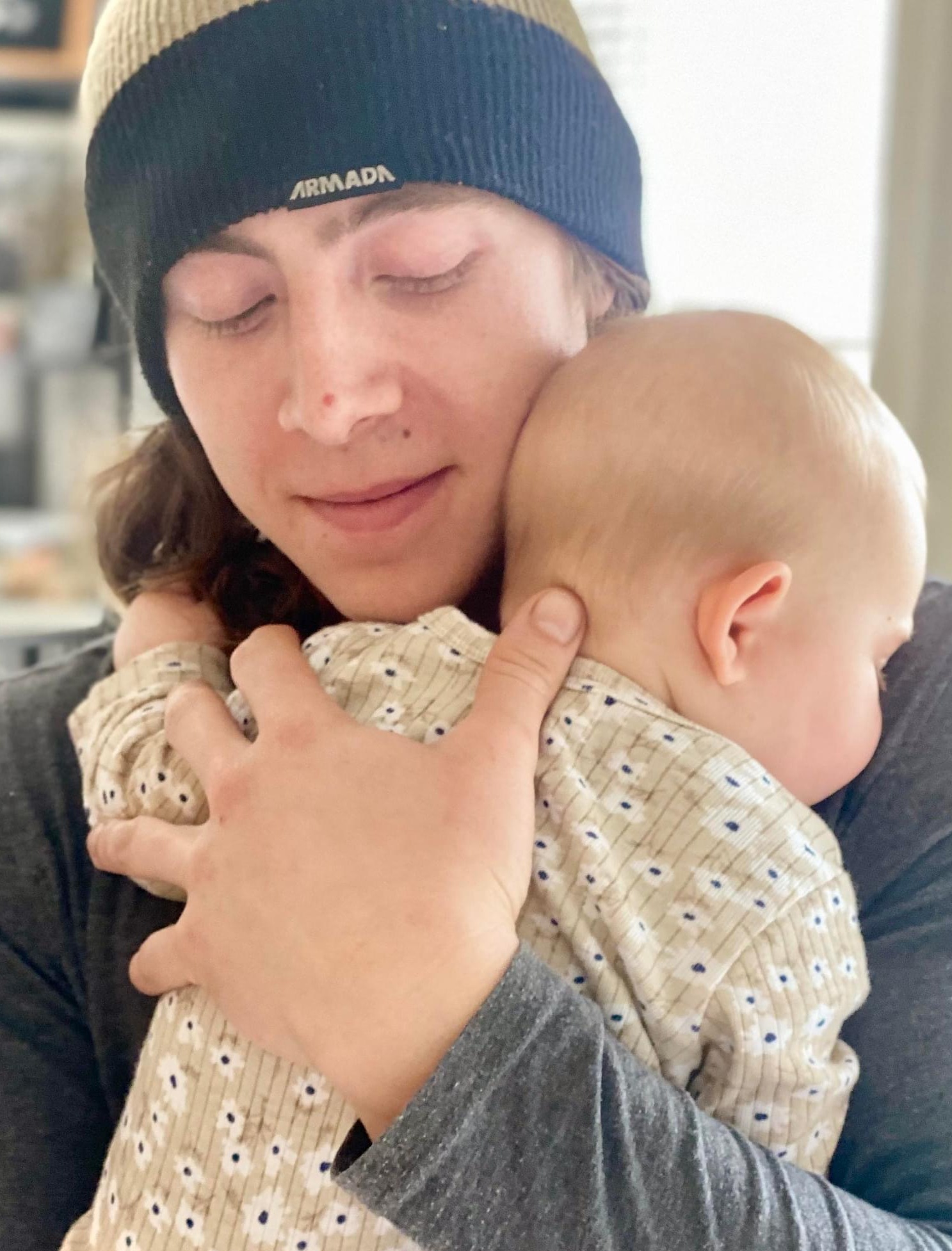 We are saddened to announce the passing of our beloved Tyson.  Father to the love of his life  Noa Blair Jackson-Brown and partner to Natasha Jackson.  Son of Ray and Brenda Brown, brother to Kym O’Niel (Joe) and Courtenay Brown.  Grandson to Gord Brown (Catherine). Nephew to Gerry Boyd (Laurie), Tony Scheuermann (April) and Karen Brown.  Cousin to Cody and Sasha Boyd and Mackenzie Brown.  Chosen siblings Taylor Nye and Matt Hands. Predeceased by his grandparents Verna and Howie Pratt and his Oma, Nell Brown.

Tyson was an avid fisherman, and enthusiastic outdoorsman.  Moving to the Island put him in the centre of his element and is where he was the happiest.  He developed many skills working in the bush and in his free time he went right back out there.  His passion was blowing things up - from an early age.  He pursued his passion and became a keen student in building roads, He was working at achieving his certification.  We are all very proud of him.  Whether it be exploring caves, old mines or Sasquatch hunting, adventure was always in the plan.  He loved deeply and was a true and loyal friend to many.

A private family cremation will take place in Comox, BC followed by a celebration of life for all of his family and friends on September 26th at 1380 Wilkinson Rd. at 2:00 pm in Comox BC as well as on October 1st at the Bethel Pentecostal Church 2988 Highway 7 & 8, Stratford, On. at 11:00 am.

In lieu of flowers we ask that donations be made to an account set up for his daughter Noa.  Donations can be sent to the TD bank account Noa B Jackson-Brown.

Share Your Memory of
Tyson
Upload Your Memory View All Memories
Be the first to upload a memory!
Share A Memory