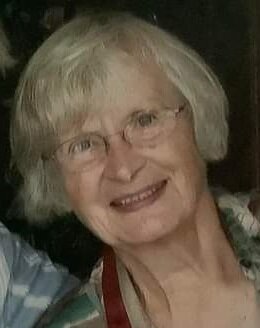 A life celebration will follow at a later date

In 91 years, Mom had quite a life: survived childhood tuberculosis, Nazi's invaded her classroom in Holland, WWII;  emigrated as a young fiancé to Cape Breton, NS, where she married Philip, faced the hardships of coal mining and started their family; endured 2.5 years in Kentville Sanitorium, NS, after tuberculosis struck them both and had to surrender their toddler and newborn into the care of others; later moved to Ontario with 4 children to build a better life and had two more children. She learned to drive, took a college course and held office jobs.

Since 2017 dementia slowly squeezed the life out of our vibrant multi-talented Mother, an avid gardener of massive flower beds for which she received a plaque in 2010 for being a Garden Tour Host; a lover of cats, birds, reading, sewing, knitting, darning and crocheting - having mended several vintage pieces for friends and strangers alike.  She designed and made the architectural  drawings for the addition including kitchen for their house.

Together with Charley her loving late spouse of 29 years, fishing, plus travels in their little RV ‘Emma’ and many summers at Arran Lake were enjoyed.  With admiration Charley would say our Mom could do the work of 2 men in a day and was “tougher than an old boiled owl.” But she could also be silly. When we were young she’d make us laugh by moving her duck shaped birthmark on her throat like it was swimming.

Late in life, Mom also appreciated exercise and camaraderie at the 50+ group she attended with Donna Simmons who along with husband Terry were great neighbours.

Thank you to the caring staff at Extendicare, Waterloo St, London.

A life celebration will follow at a later date. In her memory we ask you to consider donating to the Extendicare London Resident Activity Find which she enjoyed at Extendicare, 860 Waterloo St. London, or charity of your choice.

Share Your Memory of
Agatha
Upload Your Memory View All Memories
Be the first to upload a memory!
Share A Memory